The Common Decisions workflow object is used to branch the workflow based on a common decision, or lookup that has been pre-configured.  It requires no user interaction, although it can be configured to accept variable input parameters in order to perform the lookup. 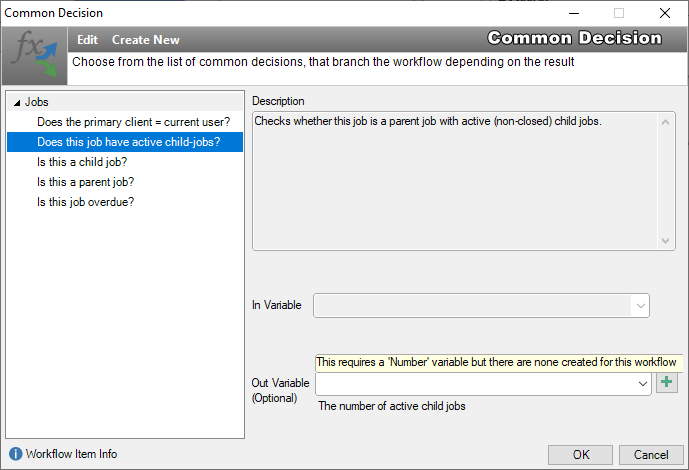 Out Variable:  This may be an optional setting.  Depending on the type of decision, an output variable may be used to store a value that was returned from the decision process.  Populating a variable in this manner can then be used in other workflow objects in other parts of the workflow.