The May release addresses several issues with searching for control-set data, as well as other reported issues. This release also includes a range of enhancements and improvements for workflow - particularly with Control Sets.

The new “Show Control Set” workflow object can be used to display a control set for the user to fill-in at a certain point in a process workflow. This is a great way to capture data at different stages of a process. The control set validation can also be set so that required fields are correctly filled in. 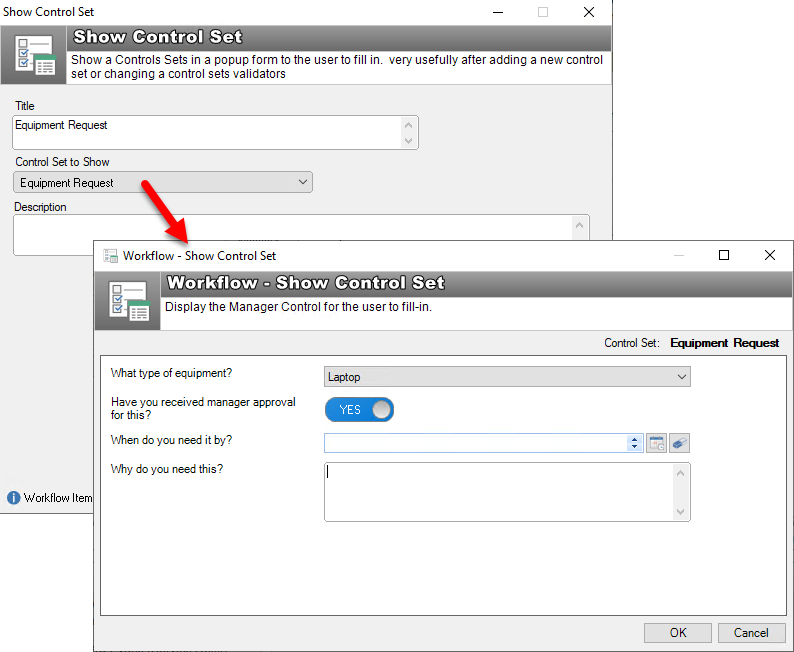 All control set workflow objects now display in a drop-down box that groups the available control sets into 3 grouping:

This simple grouping makes it easier to understand the context of how Control Sets are being using within your jobs and workflow.

In addition to the fixes and enhancements, the HelpMaster development team have been developing the next-gen web portal that will appear in a future release.

The April release is primarily a maintenance release. It address several issues that have been reported, and includes updates to core libraries that are used to support the product. This is the most stable version of HelpMaster to date. Please refer to the specific version history for a list of the fixes and enhancements.

A new year, a new decade, and another new release of HelpMaster. The new year sees a relatively minor release with a number of fixes, tweaks and a few new features. A major new version of HelpMaster is on the way with some great new features!

Action Template and Priority Manager support for the Manager field

The manager of a client can now be explicitely targetted by Action Templates, as well as Priority Manager options. This allows a more flexible configuration for alerting managers of people - whether they are staff, or clients. In order to use this features, ensure that the manager field for each client is filled in.

The Priority Manager also supports this with dedicated check-box options.