Virtual Lists are groupings of issue codes that can be administered separately from the main issue viewer tree.  These groups can then be added to any end-level issue in the main hierarchy.  Whenever a list item, or a group is updated, deleted, or created, the main hierarchy will be updated to reflect the change.

Virtual Issues appear in italicized blue.  This is only evident to HelpMaster administrators that have permission to create/edit Virtual Issues. See Application Security Roles 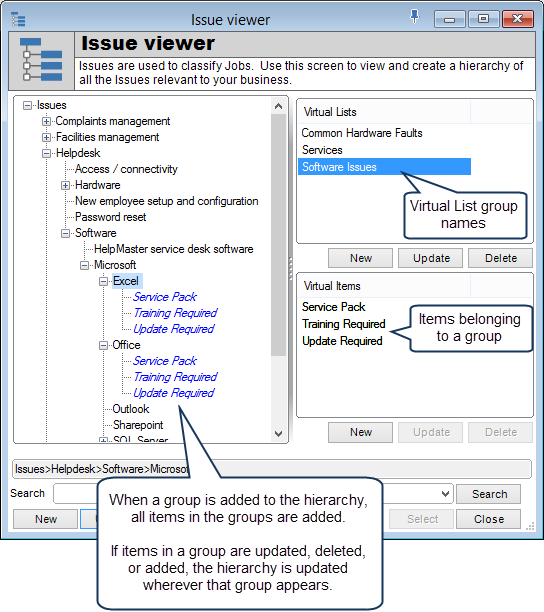 The Virtual Lists feature can be accessed via the Issue Viewer, by clicking the Virtual Issues button at the bottom of the screen.

The following notes apply to the use of Virtual Lists:

If your current classification hierarchy has many duplicate, repeating nodes, you can easily convert these to virtual lists.  This will make updating them much easier in the future.  This will also allow you to add and remove items from the group, which will update the entire hierarchy easily. 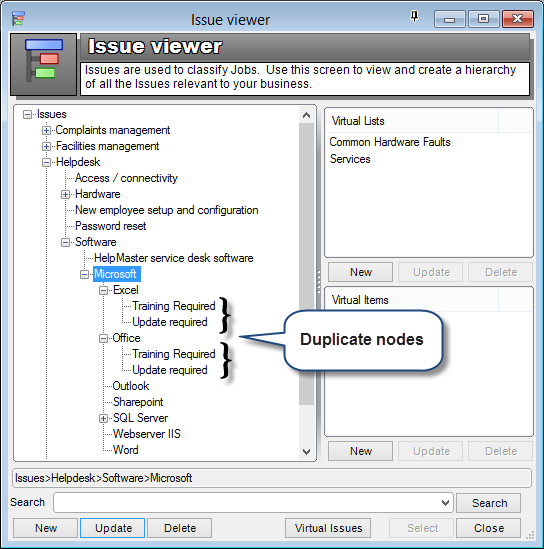 In the configuration above, you can see duplicate, repeating nodes.

Create a Virtual List group with an appropriate name.

Add all of the items that are repeated in the main hierarchy.

Drag the group onto the parent node.  All the matching items will be converted into Virtual items. 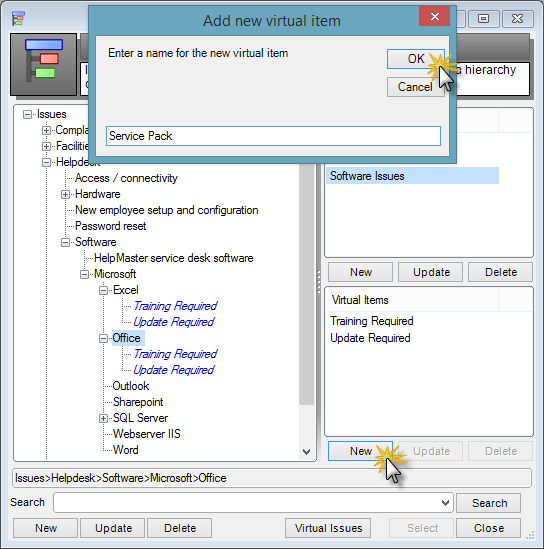 Once the hierarchy contains virtual items, if the group to which they belong is updated (new items, deleted items, updated items), the entire hierarchy is updated where ever that virtual list appears. 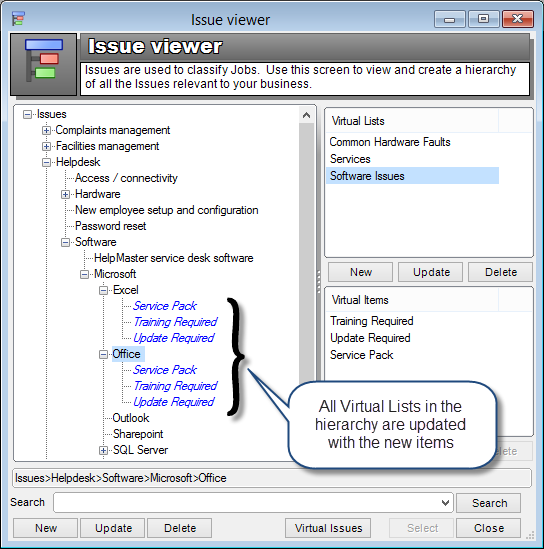