HelpMaster is built upon the Microsoft .NET Framework

The .NET core hosting platform is also required in order to run the web portal.

For hosting the web portal the .Net Extensibility 4.7 and ASP.Net 4.7 features also need to be deployed along with the Web Server role. 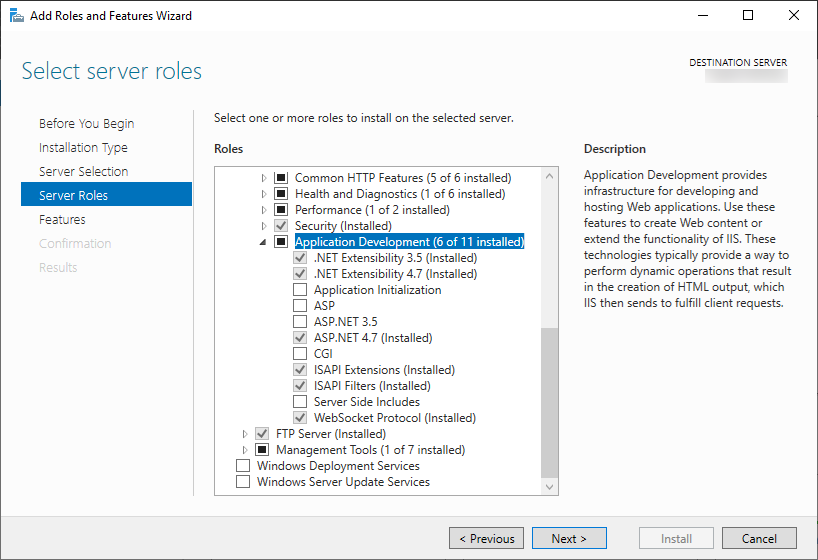 For Windows 10 / Server 2016 and above the .Net v4.7.2 Framework (4.7 or 4.8) is included with the OS and can simply be enabled from Windows Control Panel > Programs and Features > Turn Windows features on or off or from the server Add Roles and Features Wizard as follows. 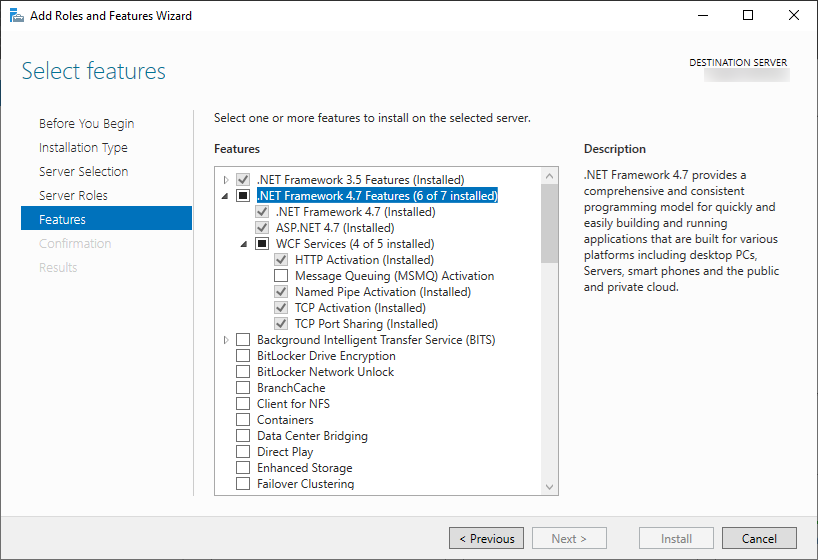 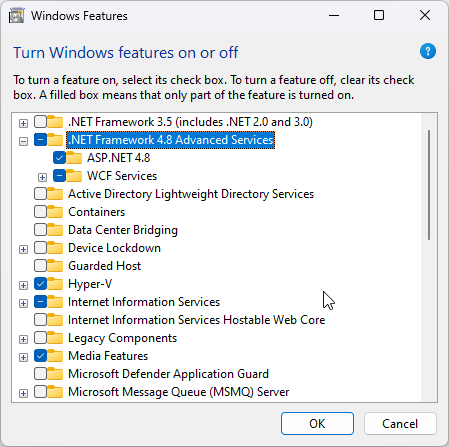 After making all of these changes, be sure to check for Windows Updates and reboot the machine.