Get approval for that thing…

When the approval is created, the approver will be sent an email with details of the approval, along with a hyperlink that will direct them to the HelpMaster web portal where they can cast their vote.

The approval workflow object requires that the HelpMaster web portal is configured and available for use - this is how the approval result is selected.

The approval object has one input, and 2 outputs.  The outputs correspond to whether the approval was approved, or denied. 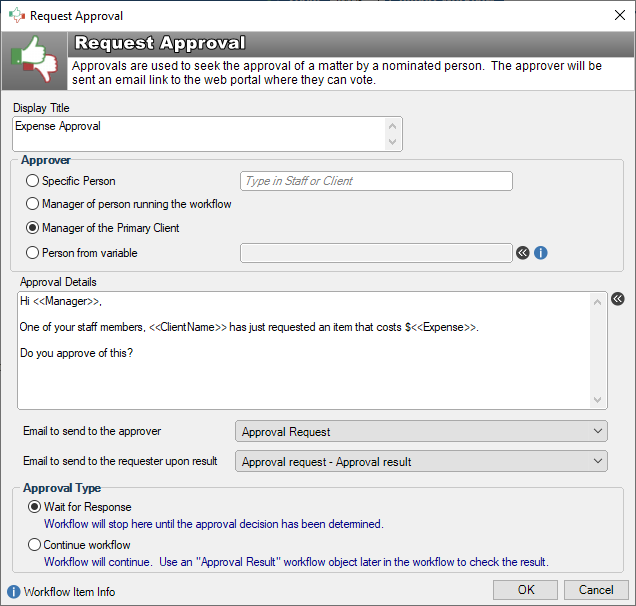 Display Title: A short description that is displayed on the workflow designer

Approver: The approver must be a client within the HelpMaster database, and must have a valid email address.  The approved can be either a staff, or a client.  When the approval object is executed, the approver will be sent an email with details of the approval, along with a hyperlink that will direct them to the HelpMaster web portal where they can cast their vote.

Approval Details:  A short message that will be displayed to the approver.  Use any relevant workflow tags to customize this message.

Email to send the approver:  Select an email template that will be used to send the email to the approver.   It is vital that this email contains the special hyperlink text tag «Job_Approval_Hyperlink».  This tag will be replaced with a unique web link that the approver can use to cast their vote.  Note, the HelpMaster web portal is required for this step.

Email to send the requester upon result:  Select an email template that will be used to send an email to the person who initiated the workflow approval step upon a result. This is an optional step. 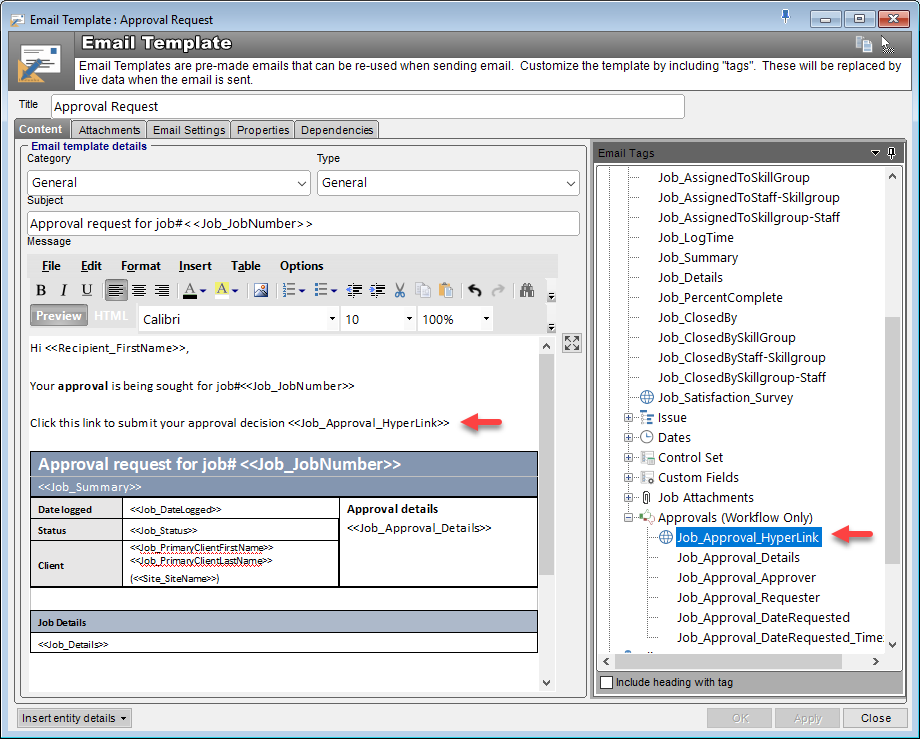 Wait for response:  This type of approval will stop the workflow once the approval has been generated.  Workflow will only continue once a vote has been cast and a decision has been made.  Workflow administrators can also manually advance the workflow.

An approval has 3 states: 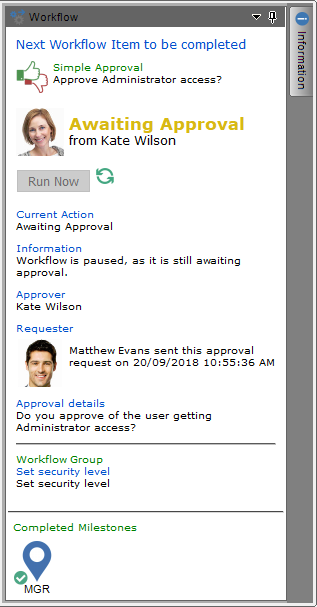 Once an approval has been created and sent, the Action Log will also display the initial approval request, as well as the response when it is determined.

Voting on an approval

Only the person who is selected as the approver has the ability to vote on an approval.

If they are logged into the HelpMaster desktop edition, and view the job, they will be able to approve/deny the approval request from the workflow panel.  Alternately, they can click the hyperlink in the email that they were sent and cast their vote via the web portal. 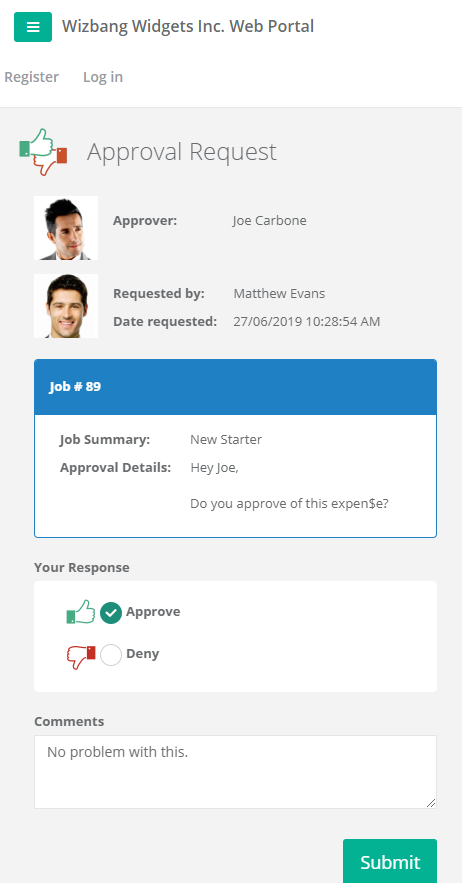 It is possible to cancel and/or skip the approval by selecting another workflow object in the workflow designer on the workflow tab of a job, and setting that object to the next workflow step.

Change Request (for approvals relating to a change request)